Skip to content
Home » From the Paton Center for Hummingbirds

The Paton Center experienced its first freezing temperatures with a reading of 28 degrees on the morning of October 13. As a result, what many long-time Southeast Arizona residents are calling the Best. Butterfly. Season. Ever! may be slowing down but it’s not over! Once it warmed up after the freeze, the Richard Grand Memorial Meadow was once again bouncing with several species, including numerous Cloudless and Dainty Sulphurs, Cabbage Whites and Texan Crescents, along with a single Viceroy. 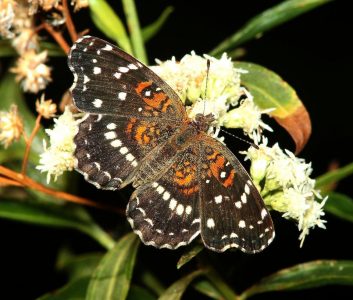 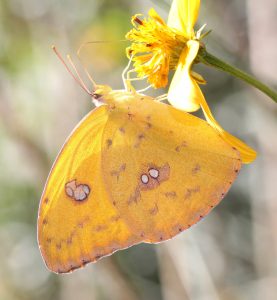 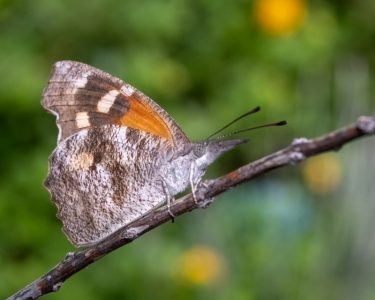 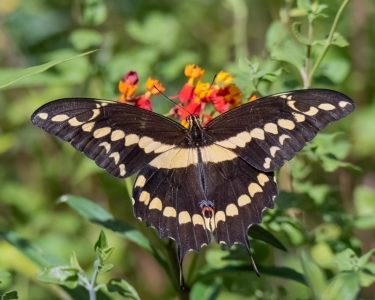 A Giant Swallowtail in the Cuckoo Corridor was missing one of its tails, possibly the result of an attempted predation (several Cassin’s Kingbirds and one Dusky-capped Flycatcher are still lingering in the area along with a resident Black Phoebe). In the creek bed, a plump-bodied Arizona Giant-Skipper stood its ground among a gathering of American Snouts and various sulphurs.