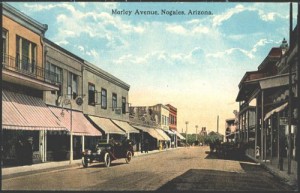 Nogales, Arizona, is a progressive city that has been able to maintain its small town charm, rich traditions, and vibrant culture.

The city is the county seat for Santa Cruz County and shares its rich heritage with Nogales, Sonora, its sister city in Mexico.

Due to the International Border, Nogales is the economic capital of the region and serves as one of the major gateways into the United States. Visitors cross the border between both cities for site-seeing and shopping on a daily basis. 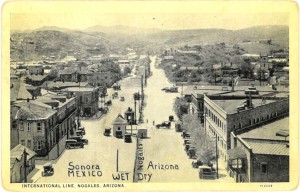 Park on the US side and walk across for a shopping and dining adventure in old Mexico.

Referred to as Ambos Nogales, the communities of Nogales, Arizona and Nogales, Sonora, México comprise the largest international border community in Arizona, with a combined population of 177,732 inhabitants as of the 2000 U.S. and Mexican censuses (U.S. Census Bureau 2000, Instituto Nacional de Estadistica Geografia e Informatica 2000). Ambos Nogales was once an easy, friendly and relaxed two-nation border town. The urban fabric is now split in two, separated by an international border, yet still Ambos Nogales remains heavily reliant on each other. 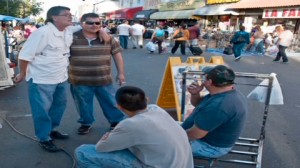 Ambos Nogales continues to share their families, cultures, heritages, characters and identities.Nogales, Arizona and Nogales, Sonora form a single, functional and complex urban fabric in which some members of the same family may live on the United States while others may reside in Mexico, creating a sense of fluidity that impacts all aspects of life, including culture, language, heritage, character, identity, context, environment and economy.