Reprinted by permission of

Dressed in multi-pocketed beige vests and big hats, a group of elderly tourists gathered on a recent bright spring day at the edge of the Patagonia-Sonoita Creek Preserve in southern Arizona. Behind them, a dry-erase board listed the birds they’d seen so far that day: golden crown sparrows, vermilion flycatchers, violet-crowned hummingbirds.

This 873-acre preserve, which is owned by The Nature Conservancy, takes up about 60% of the land in the town of Patagonia, a popular springtime destination for bird-watchers eager to check species off their list. After coming here, they typically move on to the Audubon Society Paton Center for Hummingbirds. Just a mile down the road, and beyond, the Forest Service manages one of the most ecologically diverse regions in the country.

With a population of around 800, Patagonia is an ecotourist and ecoactivist’s paradise. As in so many other Western rural communities, conservation efforts here have been steered by a group of financially secure, older white residents. Now, local nonprofits are trying to change that by reaching younger, more ethnically diverse activists. The environment’s sustainability, they argue, depends on the commitment and hard work of young environmental shepherds.

Without them, places like Patagonia will age out, losing ecological resilience and the ability to face daunting challenges like climate change. A small group of activists hopes to combine the traditional spirit of conservation with the renewed sense of urgency felt by younger generations. 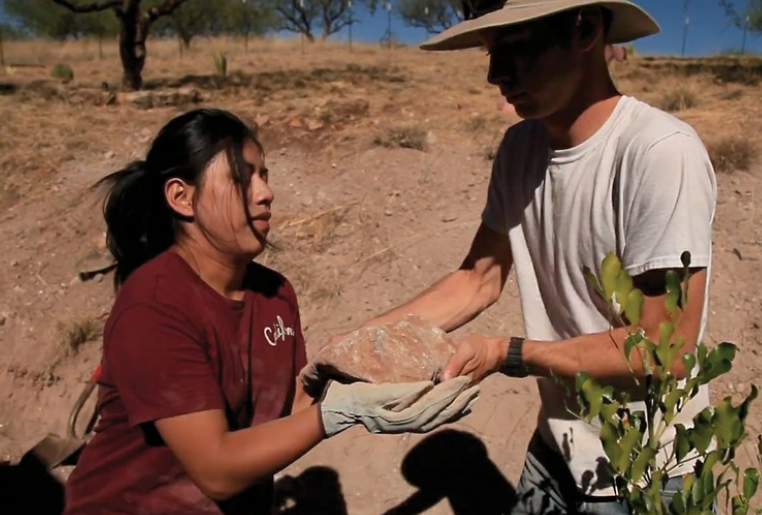 At 31, Caleb Weaver looks as young as the teenagers he works with; sand-colored shaggy hair frames his face, and he smiles at just about everything. Seven years ago, he found work with Borderlands Restoration Network, one of 10 environmental nonprofits in Patagonia. “We’re surrounded by nature,” Weaver told me last February at the Borderlands office, which stands on a windy hill overlooking the Santa Rita and Patagonia mountains. “There are so many kinds of different folks here, who, over time, have set aside land for the natural world.”

Weaver joined a tight-knit hippie activist community that first came together in the 1960s to oppose silver-, copper- and zinc-mining and promote ecological restoration. Ron Pulliam, 75, who founded Borderlands, is a distinguished ecologist who served as a science advisor to President Bill Clinton’s Interior Department.

“Their shoes are hard to fill,” Weaver said. “These are the people who have laid the groundwork for what we’re doing; they’re the ones who helped bring around the recycling movement, the Environmental Protection Agency.”

“It’s important to engage all sides of the community, especially if we want to help actualize change.”

Weaver hopes to take that generation’s passion for conservation and seed it across age, ethnicity and class. He runs Borderlands’ Earth Care Youth Institute, which teaches teenagers that landscape restoration can translate to conservation and a more sustainable way of life, together with jobs that pay at least $300 a week. All this nourishes Patagonia’s own resilience, its ability to face the changes to come.

“Some (young) people are like, ‘Oh, I really love the environment,’ ’’ Weaver said. “And some are like, ‘I really need a paycheck.’ In my opinion, it’s important to engage all sides of the community, especially if we want to help actualize change.”

Almost half of Patagonia’s population is Latino and Spanish-speaking. Traditionally, they found employment in nearby mines and ranches or left town in search of opportunities elsewhere. “I don’t think there are many obstacles that inhibit participation from the Hispanic community,” longtime local leader German Quiroga, a 68-year-old retiree who’s president of the Patagonia Museum, told me. “Perhaps it has more to do with whether you are for or against the mines, whether you seek job security.” Given current demographic shifts, groups like Borderlands are seeking to engage the younger people who will eventually take over.

Tall, slender Anna Schlaht, who has the quiet stoicism of someone decades older than her 27 years, is a good example. Schlaht, who is based in the border town of Bisbee, divides her time between home, Tucson and Patagonia, often working from coffee shops, as she was on the spring day we met, laptop and cellphone in hand. She appreciates having the freedom to work remotely, using her knowledge of marketing and outreach to serve the Patagonia Area Resource Alliance, or PARA, a citizen watchdog group that monitors the mining industry around southern Arizona.

“(PARA’s board) told me, ‘Keep doing what you’re doing so that we can focus on the things that we’re good at and that the older generations have,’ ” Schlaht said, quoting Glen Goodwin, a PARA board member. Goodwin, who grew up on a ranch in Patagonia, came to activism two decades ago as a fire lookout for the Forest Service on nearby Red Mountain. “I got to see the legacy of mining in Patagonia and grew concerned with what was left of our ecosystems and watersheds.”

Twenty years ago, Goodwin said, no young person would have wanted to work for a local nonprofit. But now, the town needs young people to get involved, creating new networks and encouraging others to stay and see a future at home. “Once a nucleus starts,” he said, “it just drives more people in.”