A tale of a day trip told by Cindy Barks. Reprinted by permission of the fine folks at TravelAwaits.com. 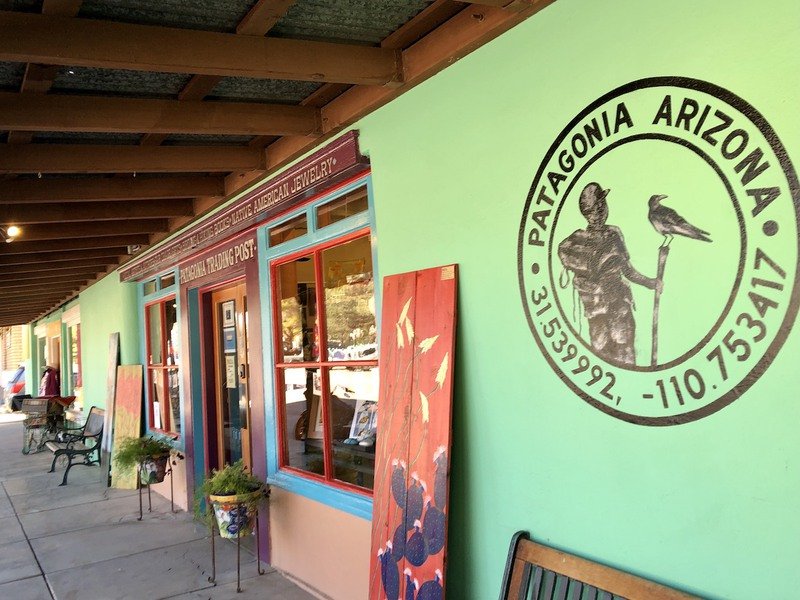 Equal parts outdoor hotspot and artsy Western outpost, Patagonia, Arizona, packs an improbable number of fun attractions into its community of fewer than 900 people. Located about 18 miles north of the U.S.-Mexico border, charming Patagonia is among the communities known as Sky Islands (Sonoita, Elgin, and Patagonia) for their relatively high elevation and adjacent mountain ranges.

While stories vary on how the nearby Patagonia Mountains got their name, one theory is that miners who had spent time in Chile and Argentina named the area after the famous mountains of South America. The story certainly seemed plausible to me after taking in the golden slopes and grasslands bordered by mountain peaks.

A visit to Patagonia could be a day trip from Tucson, but a better idea is to spend several days exploring the Sky Island region and taking in Arizona Wine Country along the way.