Skip to content
Home » Latest from The Paton Center in Patagonia

Migration has subsided at the Paton Center for Hummingbirds, and now baby birds of resident species such as Abert’s Towhees and Song Sparrows have left their nests and are following their parents around begging for food. Quickly growing Gambel’s Quail chicks scurry from brush pile to brush pile on the heels of their parents, tiny tufts of feathers that will become plumes already rising atop their heads. 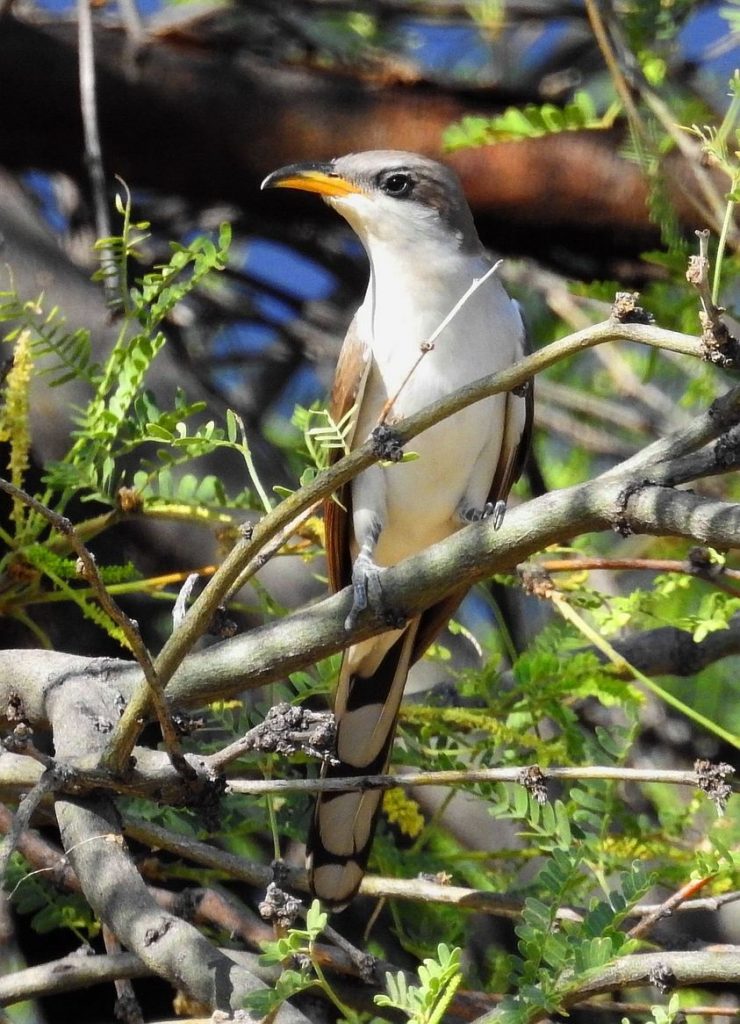 Photo by Martin Molina, courtesy of the Tucson Audubon Center.

While some of the late-lingering migrants and wintering species seem to have finally left the area, a few Western Tanagers continued to visit the mulberry tree by the pond in the Richard Grand Memorial Meadow. Up to three Broad-tailed Hummingbirds, perhaps finding the higher elevations where they normally spend their summers to be lacking in food and water, were still visiting as of June 2.

With so many species arriving later than usual this year, it was exciting to see one species—the enigmatic Yellow-billed Cuckoo—arrive a week or two ahead of schedule. One was heard singing and was glimpsed briefly in a pecan tree in the front yard of the Paton Center on June 2!

Note: Thanks to the Tucson Audubon Society for allowing us to republish Louie’s fascinating articles. The Paton Center is a hot spot for tourists and we appreciate the ability to give them a heads up on what they can discover.