Written by Sarah Lapidus. Reprinted by permission of the Arizona Republic

Borderlands works to restore watersheds in the Madrean Archipelago, or sky islands, a group of isolated mountain ranges, and helps manage a wildlife preserve near Patagonia. The sky islands encompass more than 30 mountain ranges in southern Arizona in one of the most biodiverse areas on the planet.

Home to many threatened and endangered species, these isolated mountain ranges and valleys which include crucial wildlife migratory habitat with diverse wildlife, including jaguar and ocelot, are particularly vulnerable.

“As the climate crisis worsens, the challenges that the sky islands will face is more dire than some of the other areas partially because they are islands,” Kurt Vaughn, executive director of Borderlands Restoration Network, said of other vulnerable landscapes.

He added that with the hotter high temperatures, more intense rainfall and longer dry spells Arizona is seeing, “the isolated pockets of endemic species and smaller populations will be impacted more.” 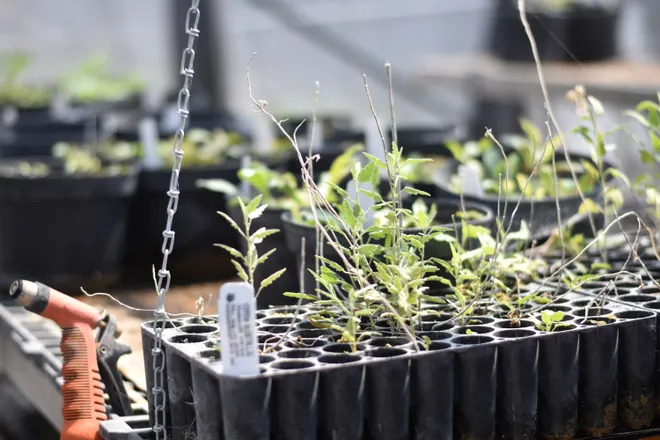 Plants at the BRN Nursery in Patagonia.

Borderlands was awarded $977,000 on Nov. 10 by the Biden-Harris administration and National Fish and Wildlife Foundation.